Our son, Asa, turned five this week. The best picture I could manage of him (and his Covid hair) with his cake is this one. Here is what is going on in this picture:

I had to force myself to take this picture. I had to force myself to make this cake. Every July since we received Asa’s genetic diagnosis, my avoidant nature has yearned to escape these sad, paltry nods at the passing years of his life. After all, Asa would never know nor care if we didn’t celebrate, and it would spare me a lot of pain…

Except that it wouldn’t. Ignoring Asa’s birthday would be painful as well: I would feel guilty on top of feeling sad. It’s a Catch-22…

I don’t know whether these emotions are typical for a parent in my position. I think celebrating milestones challenges me because they are the present exercise of future memories—and memories have always been a source of inner conflict for me. I’ve always struggled to look at photographs from years past—especially those of my children—without a visceral, stomach-dropping sense of life’s sand slipping through my fingers. I wish I could view them with nothing but fondness, but I can’t. And this phenomenon is amplified a hundredfold by the tragedy of Asa’s limitations.

Because it’s easier, I usually avoid looking at pictures from the past decade or so.

But Facebook Memories makes sure that you do look back. I haven’t changed the settings to hide them, I suppose because I view this feature as a type of bitter medicine I must take for my own good.

Every July, I brace myself for the onslaught of hopeful, happy, clueless faces, blissfully ignorant of the one extra letter in Asa’s DNA that would end up changing all of our lives dramatically:

He looks like a perfect little baby, doesn’t he? It was a very good impersonation—one he maintained flawlessly for more than a year. He made eye contact, smiled reciprocally, played with toys, and learned to move his body, just like any other baby. If you met Asa now, you would never imagine that this was the same little boy:

Whenever any of these pictures appear in Memories, they rip my heart out. I have broken down sobbing multiple times as I have curated these photos today. I have put off writing on this topic for months: as I push through each day, the last thing I want to do is bring my productivity to a screeching halt, in which I must stand and let the grief wash over me.

It is beyond heartbreaking to look at these pictures while listening to our now 5-year-old Asa’s nonverbal vocalizations as he works on the most basic of life skills with his therapist upstairs. He is having a particularly challenging day today, which makes the contrast even sharper.

But these pictures also bear witness to the fact that we weren’t crazy to think our little Asa was just like any other boy. I often feel like we were fools somehow to assume Asa would live a normal life, and these pictures remind me: we weren’t. We had more than enough time with him, as a typical baby and toddler, to bind our hearts to a boy who would end up slipping through our fingers even while he continued living right here in our house.

Around this point is where many pieces of writing would turn to the positive, ending on a note of hope. While I do have hope, I’m not going to do that:

What has happened to our sweet Asa is a tragedy, and I want everyone to know it. 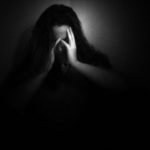 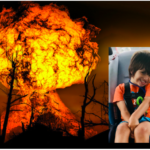 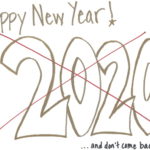