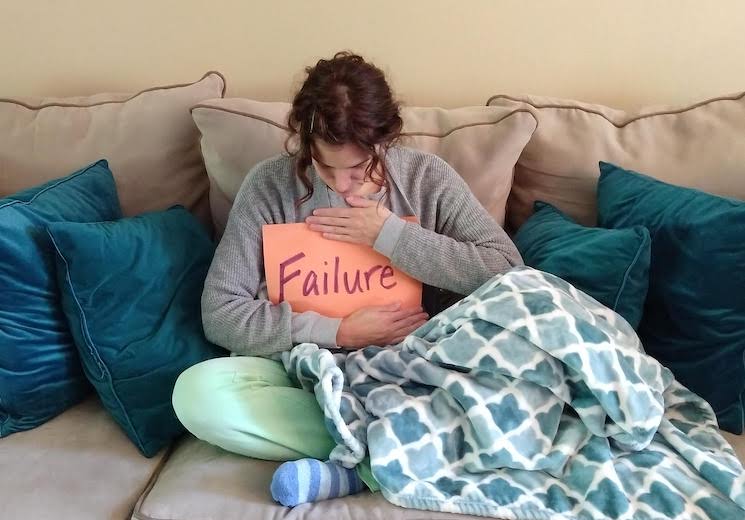 It wasn’t 7:00 am on a Saturday, and I was exhausted when I wrote this. My son woke up in the middle of the night, as he often does, and every time he fussed a bit, I woke, holding my breath and bouncing up in a panic. Each time he was fine. But the physical toll of that alone could exhaust a person. But it isn’t just that.

I went in to grab him to start his day, as the sun was peaking over the horizon, and the ordeal begins. He is jumping, squealing with joy, he is so happy! How can I be less than for him? I lean over to hug him in his crib. Yes, my 5-year-old is still in a crib. Because I find it less physically demanding on myself, I try to dress him as much as I can while he is jumping around in the crib because standing is easier with a 5-year-old than lying on the ground squirming, kicking, and bouncing. He jumps up right into my jaw. My teeth crash against each other, and I take a deep breath and calmly say, “you are hurting mommy,” to which he squeals and keeps bouncing in his excitement to be alive.

The rest of the dressing happens on the ground as he needs a clean diaper. It consists of kicks to the stomach, neck and calmly telling him I need him to lay still, while inside I fight back my tears of frustration and sadness. His caseworker’s recent question, “how’s potty training going,” flashed through my mind. How I wish he would use a toilet. How I hope he would help me dress him. How I long for a child that when I said, “you are hurting mommy,” they would realize what that meant.

I pull him close and hug him, pulling us up to a stand so we can walk down the stairs. He leans his 40-pound body away from me, not realizing the strain this takes on me, not just to carry him but down the steps. I take my time, so we are safe, making the process take longer.

He takes his foot and wraps it around me. One might think this would make the descent easier. But now pushing his legs down, he locks one between my legs, simultaneously pushing the other foot, and with it goes my sweats. My head flashes how silly I was not to get myself changed first, but then my heart sinks at how demeaning this all feels. There is nothing I can say, so I readjust him and fix my pants. He does it again, so I finish getting us safely down the steps as half my pants are pulled at an embarrassing height hoping no one comes to find me this way on the steps.

As I place him down on his feet, my back throbs while I rise to the standing position, with the thought I’m only 40. I plan to double down on trying to work harder on getting him to walk himself down the steps tomorrow. But when tomorrow comes, I struggle as well.

We go over to sit in our “snuggle” spot, in quotes because he has no idea what a snuggle is, and in the end, it will probably end with him kicking, biting, pulling my hair, or throwing himself at me in an awkward way that hurts. But I do it anyway. I don’t give up.

I calmly say, “good morning,” and pull him in for a hug. His body is calm for a moment, then he throws his body back, first crashing into my lip with his head so I can feel my lip begin to swell, “I love you,” I say aloud. My voice trembles as I fight back my tears.

Why am I sharing all of this? It’s sad. It’s not typical. But most of all, it’s real. This was my morning. This is the reality. And so with it is my lack of self-esteem and worth.

Many people assume that us “warrior parents” and “superwoman moms” like myself should have the most self-esteem of anyone they know. After all, I speak to doctors, politicians, and school officials by advocating for my son daily. People whose education doesn’t just outshine mine but makes my degree look like a spec on their list of accomplishments,  and yet I have the “guts” to tell them how they are wrong or need to learn more. It takes a level of strength that should empower me. I can see that, but yet I struggle.

At times I feel it’s effortless to be strong in positions that I think I am right or just, really that’s the point of it. I think my son deserves the fundamental rights of all humans. He doesn’t deserve more. He needs more at times to access those rights. Advocating for him feels like a mental beating at times. But, if I can take the physical, I can handle the mental until it comes to myself.

See, I fight for him so much, then I fight for my daughter, and then I fight for my family and marriage, that by the time it comes to my actual self, I am too exhausted. I don’t want to fight. I want my son to have access to all business and even local sidewalks without me reaching out to politicians. I want the school to realize my son deserves a physical therapist to help him walk up and down the stairs without me needing to ask for more evaluations. I want the insurance company to give my son the dignity of a bed and keep him safe with his complex situation without me needing multiple denials and appeals.

Each of these examples has been or is a current fight. The list is endless. He is barely five.

At times it feels as though my life has so much purpose beyond my four walls. Other times, it feels like the walls on closing in.

I don’t have a happy ending for this or some fantastic philosophical antidote that I carry with me. Maybe I do, and I don’t even know how to put it into words yet. But my reality feels like I sacrifice myself for my family, something I think is relatable no matter if you have a child such as mine or not. And that I adapt by becoming stronger in the places I need to because the pressure of being the voice of my son means my voice for myself gets smaller. It’s a balance I have not quite figured out, but I truly hope to one day. 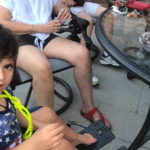 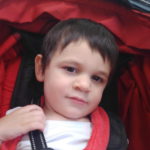 What is the Value of My Child?