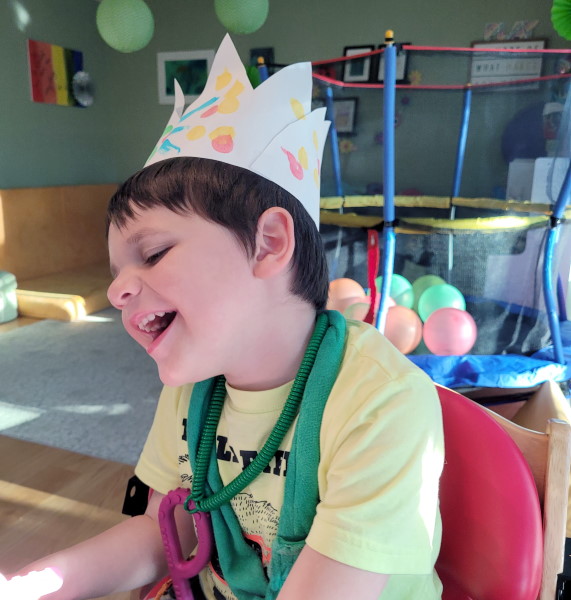 Every night, like clockwork these days, I hear the sounds of my son as he begins the cycle of waking up. It starts around midnight. Then on and off for hours, he wakes, then goes to sleep, then wakes. During these times, I feel the deepest of my sadness that my son doesn’t speak.

Most people would assume that a 5-year-old should be able to call for their parent, ask for a drink of water, or say they had a bad dream. But not my son since he lacks the ability to communicate.

Years ago, I was so lucky to record him saying what sounded like “eggie” as I was feeding him. I repeated “eggie” over and over, probably thousands of times for years, and he said it! My heart leaped with joy that I not only got it on a video clip but that we did it. We made progress. He never again repeated it.

The reality was, in five years, my son has never truly spoken. So when he wakes in the middle of the night moaning, laughing, screeching, humming, it’s the only time it bothers me.

Why does it bother me so much? I don’t quite know. I think it might be that it’s the moment I’m ready to settle, and then my mind starts to wonder, why did he wake? It could be he is thirsty, or a dream startled him, or maybe he’s hot, or possibly too cold, but the reality of not knowing is my reality.

Maybe it’s because the house is so still and quiet. His toys aren’t going off, and my daughter isn’t talking in the background. There isn’t music or a TV going. It’s just stillness. All I hear is every sound he makes, making me feel this hollow sadness and defeat.

His voice sounds so different in the darkness and stillness of the sleeping rest of the house. I can focus more on the longing I have for him to utter a word, but not just a word, a word with intent. Because communication isn’t just about screaming random words. It is about having a want, needs, or just sharing.

I try to give myself the message, “don’t give up!” But then my son wakes up at midnight with his moans and hums, and before I know it, I feel my eyes welling with tears and my chest tightening with pain at the thought that this is truly our life.

At times, I have this fantasy that I wake up to my son calling for me. He still has his diagnosis, but he can function just a bit higher. Enough to speak basics, I know this is an odd fantasy to have. To want your child who is five to operate as if they were two. I don’t want a lot, just a little more, but I don’t know the price of what I am asking. So in the dark of the night, I guess, I just long for a little more.

Many people take for granted communication. My son doesn’t point. He doesn’t tell you he doesn’t want to eat what you are trying to feed him. He doesn’t scream or fight when you take him out of a room or change an activity. He goes with the flow. And in many ways, we are very fortunate for that. And in many ways, we are not. Because without wants and needs, you lack the desire to communicate as well.

So, as I finished writing this, still listening to the low hums of my son, I wipe away my tears and remind myself tomorrow, all the noises and distractions will start again. Tomorrow his hums and squeals will be adorable in the light of day. I don’t need to focus on the future in the middle of the night. It’s okay to ignore it and try to sleep. Maybe one day he will say “momma,” or perhaps he won’t, but there is nothing I can do about it in the dark stillness of the night. 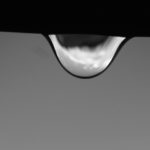 It’s Okay to be Sad 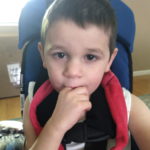 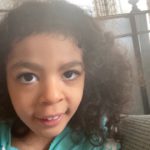