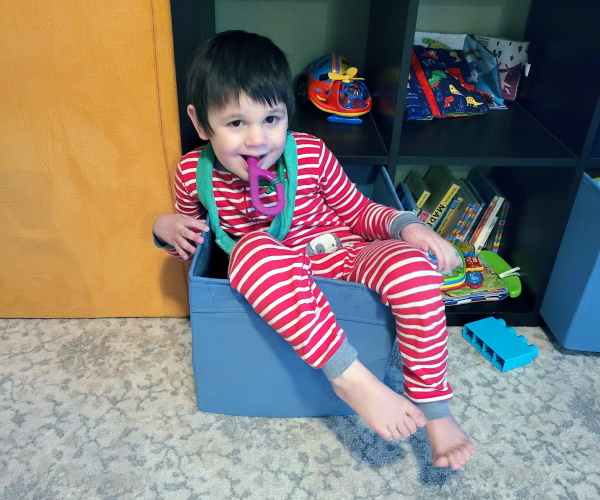 “I meant to tell you it’s not Global Delay anymore. It’s now a diagnosis of Intellectual Disability,” I said to the nurse as she was presenting her portion of the IEP (Individualized Education Plan) for my son. She quickly questioned, “who gave you that diagnosis?” To which I replied, “he just had some testing done through developmental at (the hospital), and he was given that when they reevaluated his autism diagnosis.” She looked at me through the zoom meeting asking, “Do you have proof? Who was the doctor that said this? I never heard of this…”

I looked around the screen at the other dozen people in that meeting, feeling my chest tighten and my body turning hot. I took a deep breath, “I don’t remember,” I began to fumble, “but I can look it up. They told me that he would transition from global delay to intellectual disability because he was turning five soon.” To which she very quickly repeated, “I have never heard of this.”

The conversation continued with the advocate I had at the meeting and the school district chiming in. After all, Intellectual disability is one of the qualifying categories for getting an IEP. So being openly questioned about how a child could transition from global delay to intellectual disability didn’t seem strange when the doctor told me this would be his new diagnosis based on age.

So, what is the difference?

Global Developmental Delay (GDD) – an umbrella term for when a child  who runs a deficit in more than one developmental milestone such as fine or gross motor, speech, reasoning, or safety skills. Children can catch their peers in one or more of these motor functioning areas and lose this title before age five.

Intellectual Disability (ID) – takes over for global development delay at age five if adequate evaluation with the appropriate testing deems the person being evaluated to be impaired to ID standards. Not limited to IQ testing and tests of physical limitation, but they are more common.

So there I was. I have a significantly impaired child, and now they are clinically diagnosed with ID and having someone question that didn’t feel great.

Of course, I realize my son has a rare disease that causes him not to feed his brain the same as is typical. I knew this day would arrive. So as a parent, I braced myself for this, to change the language. But it also reminds me that he’s getting older, larger, more behind, and more a part of a future that I don’t want for him.

I never want to take hope away from people. Because just having a diagnosis doesn’t mean there isn’t any. At times, the diagnosis opens doors. But at times, I struggle. I struggle to see what I can do. I struggle to know if I can take more of this pain, and when someone questions you and makes you fight for something you didn’t even want, you wonder why you do.

I don’t want to fight and prove every diagnosis my son has. I don’t particularly appreciate reliving them when I have to list them on paperwork, new doctors, or even write about it. That is why I share, though. Because I know there is someone out there with a child who has global delays, and someone is recommending they take the next step and get further testing. Or there is someone out there who is being told their child could outgrow that diagnosis.

Or, maybe you are someone such as myself, going for their autism or some other testing, and walked out with a diagnosis of Intellectual Disability. Not shocking, but not ready.

So, in the end, here is another layer of medical and educational bureaucracy that tugs at our emotions. To all the parents that still have hope, you should, and it’s there. To all those who accept a new diagnosis, regardless of whether it’s shocking or not, it doesn’t mean it doesn’t sting. 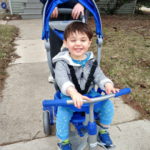 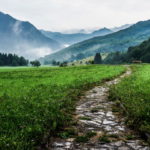 Mountains: The Journey for our Loved Ones and Ourselves 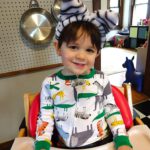 He is so cute