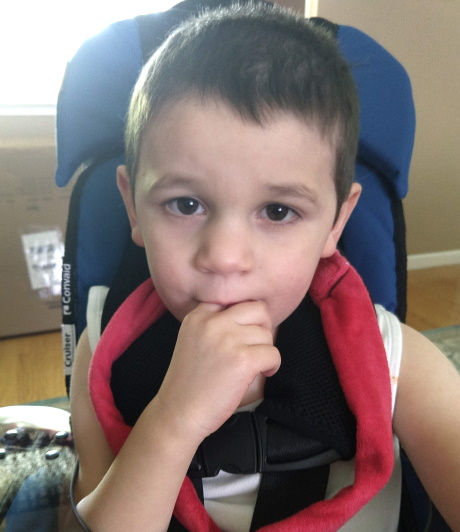 Typical, adjective, having the distinctive qualities of a particular type of person or thing.

I use this term a lot, as many other people do when referring to the general public. I probably use it too much when I think about “if only.” I know some people do not like this term, and I don’t blame them, I don’t either.

Some days it’s just as simple as looking at my son. His hair is getting in his eyes, I think to myself, “if he was typical, he could just push his beautiful hair over and wouldn’t need a haircut just yet,” and with that comes the guilt. Not just that I will be giving him possibly another horrible haircut, but that I wasn’t accepting of who he is. People tend to expect that I should be okay with who my son is all of the time now. After all, he’s been this person his whole life. We have had his diagnosis for over two years. But the truth is, he hasn’t been the same person his entire life. No one is.

I feel guilty that so many other special needs parents seem to accept their child for who they are, yet I still daydream about “if only.” I realize this can’t truly be the case, but when I see so many people posting inspiring social media posts, I can’t help but feel alone and disappointed in myself. Here I am, his mother, the person who loves him the most in the entire world, and yet I feel sad for us. Then I feel sorry for feeling this way, and the sadness continues a vicious cycle.

If you know me, you know that I smile a lot, I laugh a lot, and I kiss, hug, hold my children a lot. But at home, there are times when I still kiss, hug, hold hands, have a child on my lap, but I don’t smile, and I don’t laugh. Not because I don’t love doing those things, but because it takes so much energy somedays to be happy. It takes so much energy to be strong and to show the world that, “we have it together.”

When my son first attended school with typical peers, he was in a self-contained class for his safety and the safety of others. This was hard. I wanted him to be with his peers. I figured it might be the last time in his life the gap wasn’t too large. Once we moved, he then attended a “special” school, all his peers also “special” and none considered typical. He is rarely around typical peers his age, so I rarely see the distance as it grows. Mostly a small relief. But, once in a while, I watch a video of a friend’s child the same age, technically a peer, and when it finishes, I look at my son and wonder if he wasn’t missing that part of his 22nd chromosome:

Once in a conversation with a friend, I mentioned how I wondered what his voice sounded like. They quickly told me that he makes sounds; he has a voice. I tried to point out that yes, he squeals, makes “hmmmmmm” sounds and such, but that isn’t the voice I mean. I don’t need him to tell me he loves me, sure that would be nice, but I want to know him. It is so hard to put into words, but I will try. I want to know how he thinks. What he wants, what kind of person he could have been. It feels like I am saying I don’t want to see the person he is, it isn’t that, I want more. Which I think is all any parent wants for their child – they want it all.

I have been going through a phase for the last few years, where I take loads of videos, but I can’t watch them or anything in the past without feeling a sense of overwhelming sadness. It shouldn’t be like this. When I see the clips from when he was younger, and how he was further along at age two, then at four, it can be challenging. Most people don’t know that feeling. I don’t know that feeling for my daughter.

If he were typical, we wouldn’t be living where we do. I don’t think we would be chasing our dreams as hard as we are because we search for happiness in places that might not have been a priority before, such as career or physical location. But we would take it all for granted—something we don’t do now because we realize how different our lives are. Most people don’t get that kind of perspective until it’s too late.

There are these moments where my son looks me right in the eyes, and I think he’s going to do something, say something, he’s here, and I don’t take those moments for granted. That feeling is right. It’s good to have these little moments of hope, not that he will be a professional athlete or a lawyer, but to find his voice one day, possibly.

Milestones are different today for my children than I ever expected. They were different from the beginning.

I just never knew it. 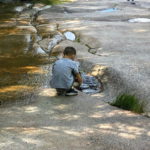 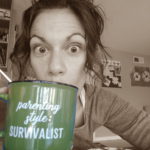 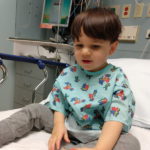 2 thoughts on “If Only He Was…Typical”